Quite frankly, we pay dearly for loving others, knowing that one day there will be emptiness and mourning. 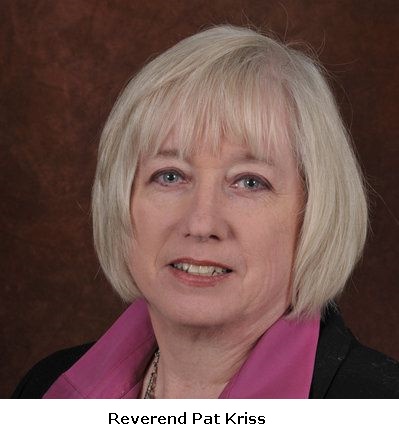 "Love is the doorway through which the human soul passes from selfishness to service.” -- Jack Hyles, Baptist pastor

On this Second Sunday of Advent, we put our attention to that oft-misinterpreted word, love. Not the mushy kind of love, but the enduring kind that transcends the years, even beyond the end of life itself.

Quite frankly, we pay dearly for loving others. To love someone is to know that one day there will be emptiness, there will be mourning.

As we move closer to the light of Christmas, we need to realize that, for some people missing a loved one this year, the bright lights of the season cast a shadow of loss on every moment they once would have enjoyed with another. Here at First Church, we feel that all of our loved ones need to be part of our journey to Christmas.

This Sunday is our Remembrance Sunday. If you haven’t done so already, please plan on bringing a printout of a picture of the ones you are missing, and we will hang them on the Christmas trees and honor them after this Sunday’s message.

I will also offer a hands-on healing blessing to anyone who wants to come forward at the point in the service when we usually offer up our joys and concerns. This is your chance to offer love to those who are experiencing grief, and also a time to feel the love of God poured down upon you, to bring you closer to wholeness.

An important thing to note: I am asking people attending the service in person to wear their masks on Sunday, and through the remaining Christmas season. We will remove them this Sunday in order to receive the Lord’s Supper. This is done in an abundance of caution at a time when new there is concern about a new variant of COVID starting to show up in areas outside of Connecticut. Consider it an act of love for those with whom you share the space of worship.

Bravery and Forgiveness on Thanksgiving

It seems odd that Squanto, who was so poorly treated by white explorers, would want to help the dying Pilgrims. But that’s exactly what he did.

“We tend to forget that happiness doesn’t come as a result of getting something we don’t have, but rather of recognizing and appreciating what we do have.” —Friedrich Koenig

We are, indeed, a Pilgrim people, but I often wonder how many of us appreciate what it took to plant the seed of their quest for religious freedom, there in the sandy soil of New England. It’s fitting on this Thanksgiving which marks the 400th anniversary of the pilgrims’ arrival, that we pause and think and give thanks for these brave souls, and the people who rescued them from disaster.

The Pilgrims' Brave Journey to America

Our religious forebears had already fled England to avoid being made to toe the line of the State-determined of Protestant theology that the Church of England demanded. They lived in the Netherlands for 11 years before hearing the opportunities that they might find, if only they were brave enough to sail across the Atlantic to a new continent. On September 6, 1620, the Mayflower, laden down with 102 passengers, departed Southampton, England. Actually, of those 102 people, only 37 were the religious separatists known to us as Pilgrims. The rest of them were fare-paying passengers whose interest was a brighter future for themselves, not necessarily on a spiritual but on a financial basis.

For 66 horrific days, they all endured the passage. Sickness and scurvy plagued the people below deck. Amazingly only one person- a young man – died on the voyage. But after stopping briefly in Provincetown, the crew and passengers disembarked in what is now Plymouth Harbor in November. That’s when the real hardship set in for the new arrivals. Between starvation, hazards and disease, 45 out of the 102 people died that first year.

An Unlikely Source of Salvation

However, the Pilgrim colony was saved by a very unlikely duo: Massasoit, the Chief of the local Wampanoag natives and his son Squanto, who spoke English.

How did he learn the language? Years before, Squanto was captured by other Englishmen exploring the Cape who took him to England and there they sold him into slavery. It seems odd that someone who was so poorly treated by white explorers would want to help the dying Pilgrims, but after escaping and making it back to Plymouth with another expedition, he did. Squanto translated for the Pilgrims and most importantly of all, he taught the Pilgrims how to plant corn and where to fish. The poor sandy soil of the area wouldn’t have grown corn if it were not for the trick of burying a fish along with the seed corn.

After the very first successful harvest of corn planted by the Pilgrims in 1621, the colonists and the natives engaged in an autumn feast that lasted four days. But be advised: There wasn’t a turkey on the menu. Instead, diners feasted on deer brought by the natives, on swans and lobsters.

Roasting and cooking was primarily done by the Wampanoag, since the Pilgrims didn’t have ovens or hearths yet in which to cook. (There was no Stovetop Stuffing in sight.) But there were profound thanks offered by all. The spirit of gratitude was always a cornerstone of the New England native tribes’ spiritual tradition.

Sadly, as we all know, some of the more mercenary Mayflower crowd were responsible for taking native land, devaluing their culture, and inadvertently bringing disease to indigenous people for which they had no immunity. But it’s fitting that the day after Thanksgiving this year is observed as Indigenous Peoples Day – in honor of those crucial friends of the bedraggled Pilgrims, without which there would have been no tomorrow for which to be grateful.

As you gather this year, take a moment and remember the bravery of the Pilgrims and the forgiveness by the natives who cared for them.

God notices [small] things and helps them become great in their own right.

“The older I get, the more I'm conscious of ways very small things can make a change in the world. Tiny little things, but the world is made up of tiny matters, isn't it? --- Sandra Cisneros, American writer

So very often, we overlook the power of tiny things because we’re dazzled when someone has clout and status. But even the mightiest emperor can be reduced to hiding under his own bedcovers when there’s just one tiny little mosquito buzzing around his bedroom in the dark.

We’ve learned the hard way these past two years what the tiniest thing can do to our great human plans. A tiny virus ravaged the globe, and tragically swept away over 750,000 people just in our nation alone, and over 5 million in total. The repercussions are still not over.

But small things can indeed bring great positive changes as well. It can be an idea, shared by a few people. That’s how our church got started – as an idea shared among eight families who thought they might be able to take their faith on a journey from Norwalk, and plant the faith up north in the “wilderness” of field and swamp, where it would one day grow into Danbury and First Church. God notices such small things and helps them become great in their own right.

The Power of Small

That’s exactly what goes on in this Sunday’s Gospel when Jesus and the disciples are standing outside the Temple Treasury. They watch as powerful, wealthy men deposit their donations for in the Treasury with a flourish, making sure that the maximum number of onlookers see that the fact that they can make a large donation demonstrates that they are righteous, “blessed” by God. But then Jesus notes a poor widow who quietly comes forth and place two tiny coins in the donation plate.

“[Jesus] called his disciples and said to them, ‘Truly I tell you, this poor widow has put in more than all those who are contributing to the treasury. For all of them have contributed out of their abundance; but she out of her poverty has put in everything she had, all she had to live on.’”

Once again you see, God notices such small things, and helps them become great in their own right.  In this case true generosity is worth more in the Lord’s eye than all the pomposity of those who believe in their own superiority.

This Sunday we will be looking at some small things that made sweeping changes for the good, including all the truly remarkable ideas that have led First Church to where we stand today, in our 325th year. Join us!

Facemasks are required, even if you are fully vaccinated.

For you convenience, our services are livestreamed on Facebook.