Examine the ways that religion has been used for the wrong reasons, and how faith can also be harnessed to literally change the world.

Get Thee Behind Me, Satan!

I’d say that any day where Jesus whips around and calls you Satan is probably not a good one. That’s literally what happens to Peter in this Sunday’s gospel, when he refuses to accept Jesus’ prediction that his role of being a messiah for Israel means suffering and death in the very near future. The problem is we humans almost always find a way to politicize everything, instead of accepting the call to spiritual living that is being asked of us. We twist things to fulfill our own sense of what’s best for the agenda we want to see fulfilled, the one that will personally give us “the biggest bang for our buck.” 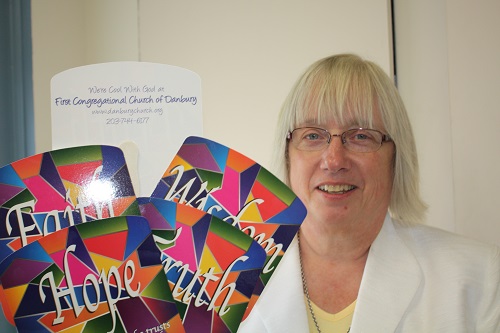 In first century Judea, the people were anxiously awaiting a messiah – one who would deliver the people from their suffering. That’s also how Peter and the disciples who had started following Jesus thought of him as their messiah -- but not what he meant by the title. The messiah of their dreams would be a warrior king, one that would smite down the Roman powers that be, destroy them and restore Israel’s primacy as the source of power in the land. The Messiah would even the score. But when Jesus starts explaining, “the Son of Man must undergo great suffering, and be rejected by the elders, the chief priests, and the scribes, and be killed, and after three days rise again,” it horrified Peter, and he rebuked Jesus. Jesus turned around and hammered Peter by calling him Satan. Satan, literally in Hebrew, means “stumbling block,” or “obstruction.” What Peter and the other disciples failed to understand is that the Kingdom Christ was establishing was not one of pomp and swords, but one of submission and compassion. Jesus had come to teach us not how to be served, but to serve others.

Even today, we as Christ’s followers struggle with this concept. If we’re not dedicated to the role we’ve been called to as servants of God, it’s very easy for a church to evolve from a spiritual place of acceptance and love for one another, into a worldly country club that welcomes only the right people with the right connections, and serves only those people. This is, I believe, what has damaged the views of so many people who avoid church, especially the young, who too often only see churches ignoring the need in their community, and who give lip service to “being Christian.” They expect to see action from us in the wider church, not hypocrisy.

So, as we slide into this second Sunday in Lent and look around at a world fractured by so many issues and needs that demand action, from mass shootings to immigration, to the widening gap between rich and poor, to environmental destruction, I think it’s time for us to ask ourselves where the stumbling blocks are, and why. Are they worldly blocks, or spiritual ones? We need to ask if for no other reason than it’s Lent, and it’s time to sculpt a plan to bring about new life, new direction in our own lives. Join us on Sunday when we examine the ways that religion has been used for the wrong reasons, and how faith can also be harnessed to literally change the world. – Pastor Pat Kriss